We were joined this week by Anastasha Amey from the Coffs Harbour Daybreak club.

Ana is the Youth Director of her club. She was raised in Wellington NSW and commenced work as a teacher in Tumbarumba NSW. Whilst in Tmbarumba she was very active in youth leadership and with the help of the local Rotary club led two teams of young people to the Kokoda Track; first in 2011 and then again in 2013. She was invited to join Rotary in Tumbarumba and did.

Ana moved to Coffs 3 years ago and joined Coffs Harbour Senior College as a teacher. She transferred her Rotary membership to Daybreak Rotary. Ana has been instrumental in establishing an Interact Club in Coffs Harbour. The club meets fortnightly and is open to young people 12 to 18 years of age. They meet at the ‘O’ theater at CHEC on Monday evenings.

For all that and more, check out the latest edition of the Coffs City Chatroom. 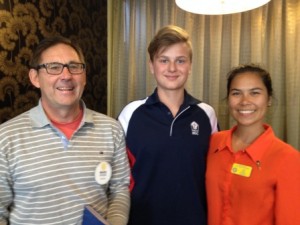 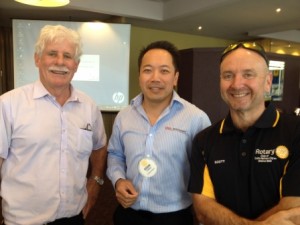